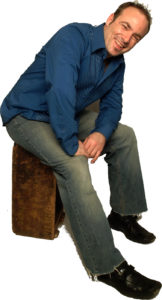 “Peter was AMAZING! We were totally blown away.”

“Everytime he came on stage you knew you were going to see something amazing.”

“We were thrilled with Peter’s show. Peter is very skilled and very funny. Peter’s show is just right; it was just the show we were looking for. ”

Have you ever wondered what someone is thinking: Your boss, your wife, your next door neighbor? Well Peter knows, and he’s willing to share.

Forget everything you know about what a magic show looks like: Mentalist Peter Gross uses no special equipment or double-jointed assistants to create his confounding stunts, just improvisational skills of a stand-up, the quick hands of a pickpocket and a con man’s command of human psychology.

If you’re going to hire a mind reader… 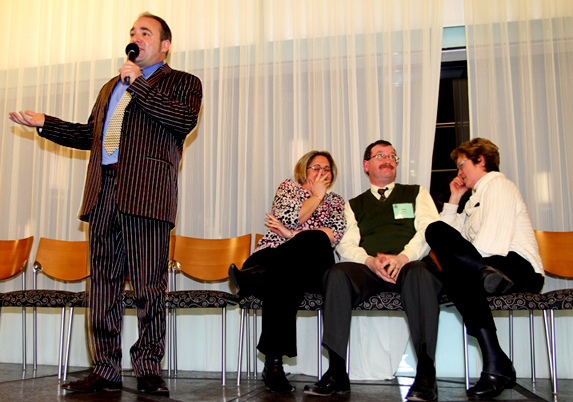 Peter Gross has over 25 years of experience performing reading minds and performing comedy around the world.  He has been seen on TV, at comedy festivals, and in theaters, but he still does a majority of shows for corporate audiences and associations.

Mentalists explore the limitlessness of the human mind.  Mentalism suggests that our minds are much more powerful then science accepts and that using advanced techniques and natural talents, a mentalist create phenomenon beyond scientific explanation. Mentalist Peter Gross claims no extra sensory powers; he lets his astonishing feats speak for themselves.

Telepathy – Knowing or Reading another persons thoughts Clairvoyance – Receiving knowledge of actions while isolated  Precognition – Predicting future events, choices or the actions of others Subconscious Influence – Psychologically influencing actions, choices, or preferences of others without their knowledge.

Peter’s interest in mentalism and experience in audience management led him to study Neuro-Linguistic Programming and hypnosis.

If you’re going to hire a mentalist…

Peter Gross has over 25 years of experience performing magic and comedy around the world.  He has been seen on TV, at comedy festivals, and in theaters, but he still does a majority of shows for corporate audiences and associations. Consider hiring Mentalist Peter Gross for: